What They Don't Tell You About Menopause

"Going through menopause is a natural part of aging, but that certainly doesn’t mean it’s easy!" 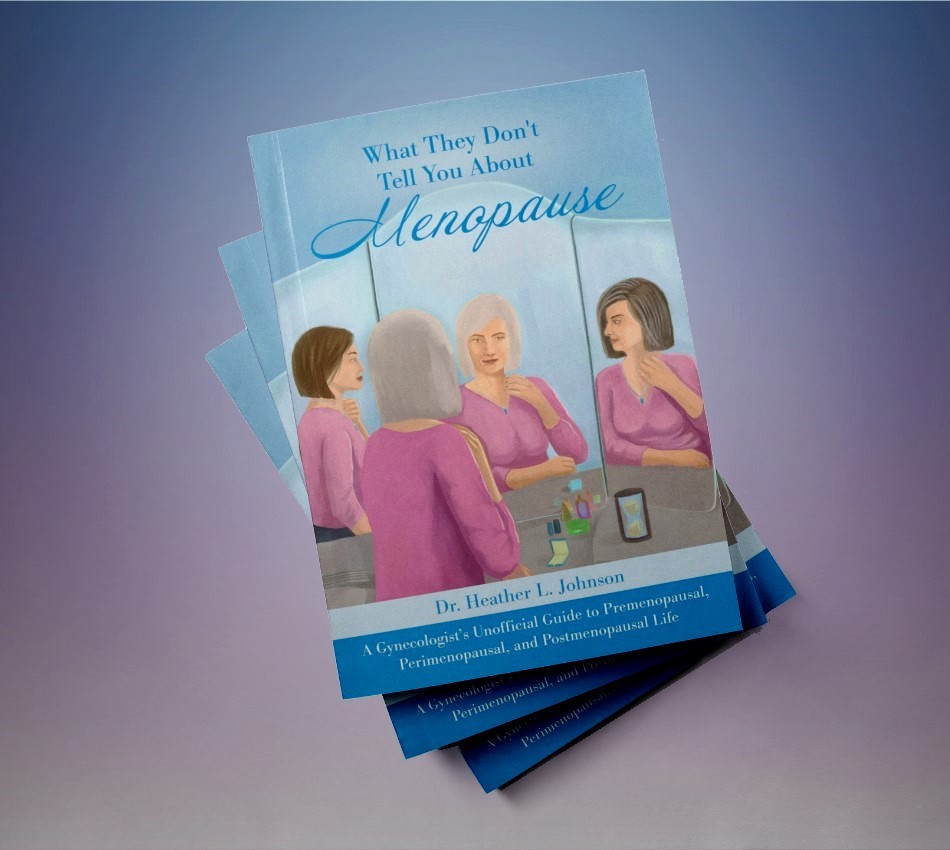 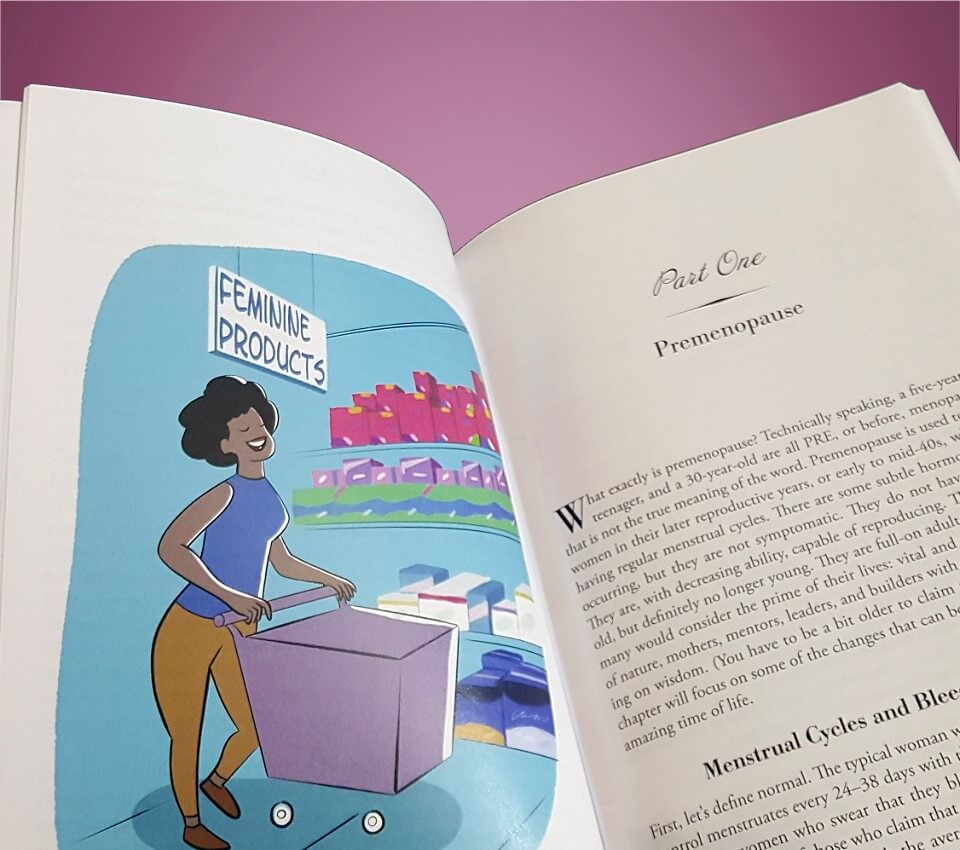 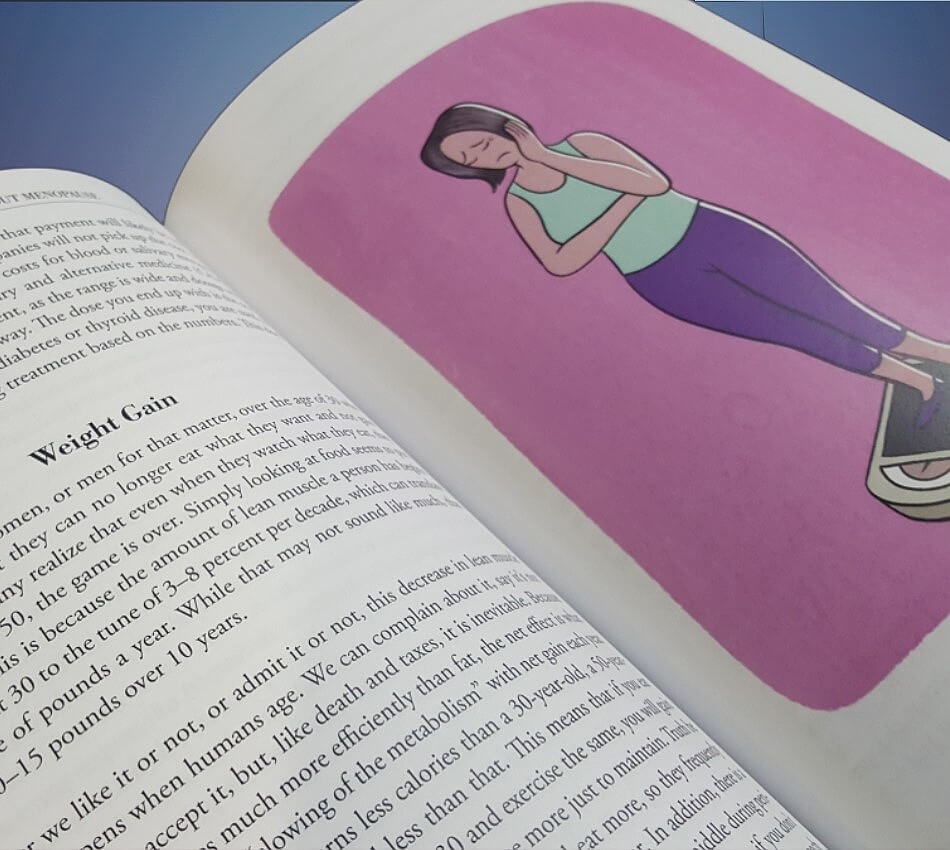 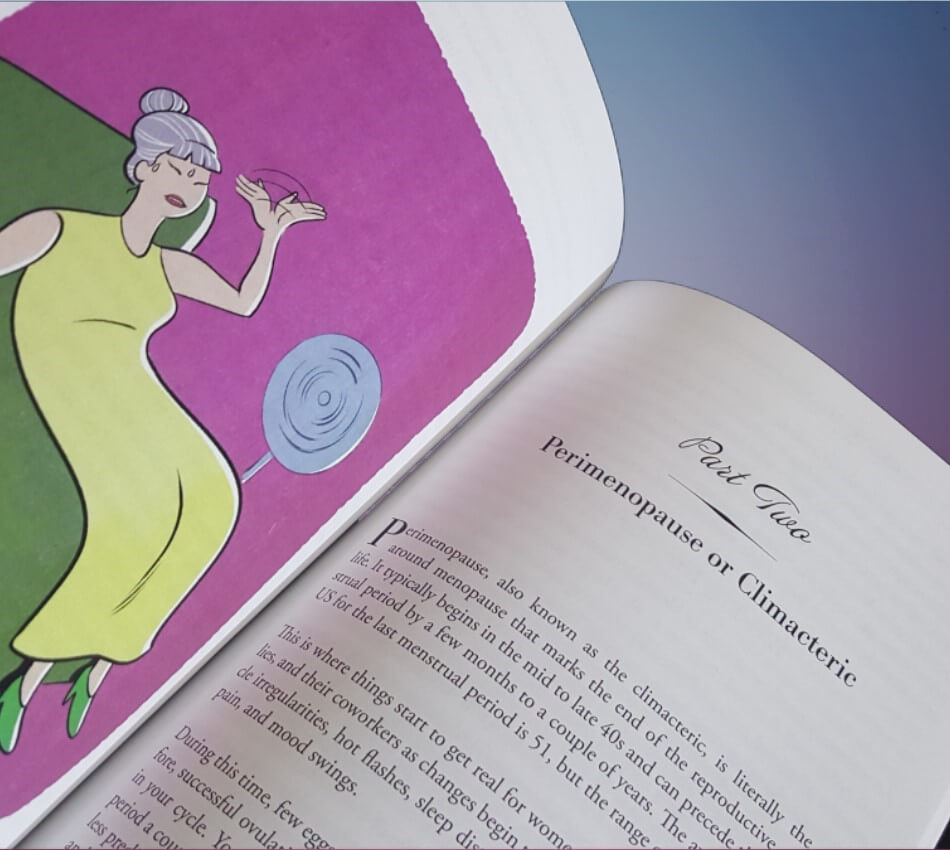 What They Don't Tell You About Menopause

A Gynecologist’s Unofficial Guide to Premenopausal, Perimenopausal and Postmenopausal Life

Lack of supportive, up-to-date information and, often, unrealistic expectations, can make it difficult for women to grasp that aging is both normal and a natural part of life. With over 40 years of experience working as an obstetrician and a gynecologist, Dr. Heather Johnson is equipped with the knowledge to help women of all ages mature gracefully.

In this guide Dr. Johnson discusses the various stages of menopause and what to expect throughout this natural aspect of life for women. From perimenopause to postmenopause, and everything in between, this book offers practical, fact-based information that will be your guide through this daunting period of womanhood.

What They Don't Tell You About Menopause
Available on

The reviews are coming in!

Menopause facts with a dash of humor

"I wish this book had been written several years ago! Dr. Johnson shares her medical knowledge in a way that is easy to read. She covers everything you didn’t have time to ask on your last office visit. I’m very thankful for this book!"

"This book was easy to read and very helpful in answering nagging, anxious and frustrating menopausal questions. It helped to clear up some of the ERT/HRT anxiety so I should have that discussion with my doctor for help. Thank you Dr. Johnson. Well written."

CCV
Indispensable guide for women, by a woman

"'What they Don’t Tell You...' is a gem of a book. Well written in accessible language and a conversational tone, it provides excellent guidance on the wide range of issues related to menopause and women’s health. Dr. Johnson often provides multiple avenues for treatment and management of menopause-related conditions, always with a sensitivity to safety, efficacy and cost. It’s the kind of book you’d get if you could sit in your (well-informed, highly-experienced) doctor’s office for days, asking every question you could, and many you might not even know to ask."

Johanna C.
Just what I needed! Thanks Dr. Johnson!

"This book explained so much of what I was feeling and didn’t know was connected to menopause. I love the tone, honesty, and transparency of this book! Thanks Dr. Johnson! You’ve come through for me yet again! 🥰"

sheron spann
It met my expectations.

Medical Advice Disclaimer
40 is not the time to stop birth control!
While pregnancy becomes less and less frequent as woman age, 40 is not the time to stop using birth control unless a pregnancy, while not planned, would be welcome. I have delivered far too many babies to woman who thought they were too old to conceive because they were 40.
Your not old, but you're definitely no longer young
Technically speaking, a five-year-old, a teenager, and a 30-year-old are all PRE, or before, menopause, but that is not the true meaning of the word. Premenopause is used to describe women in their later reproductive years, or early to mid-40s, who are still having regular menstrual cycles -- They are not yet old, but definitely no longer young. They are full-on adult women in what many would consider the prime of their lives: vital and productive forces of nature, mothers, mentors, leaders, and builders with experience bordering on wisdom.
And so it begins…
The average age in the US for the last menstrual period is 51, but the range can be from 48–52. This is where things start to get real for women, their partners, their families, and their coworkers as changes begin to occur, including menstrual cycle irregularities, hot flashes, sleep disturbances, muscular/joint aches and pain, and mood swings. How long a woman remains perimenopausal varies considerably, ranging from a few months to a few years.
Welcome to the club!
Technically speaking, a woman is menopausal a year after her last menstrual period. From that point forward, she is technically postmenopausal and no longer produces estrogen in any meaningful amount. This does not happen overnight. Years may pass before there is no measurable estrogen in your system. Alas, there is no more pretending. Welcome to the club! You are now officially old in some people’s minds.
Bleeding after menopause
Fortunately, most bleeding that occurs in the first year or two after menopause is likely related to that last egg that didn’t get "asked to dance" for a reason. You may suddenly start to feel premenstrual, get cramps, and then have a bleed reminiscent of a period. However, any bleeding that occurs a year or more after menopause needs to be investigated. This is because the risk for uterine cancer or precancer (atypical endometrial hyperplasia) increases with age.
How dense are your bones?
Depending on family history, ethnicity and lifestyle, after menopause you may soon find yourself developing osteopenia, a condition where bone loss or density (which is measured by DXA scan) is lower than what is considered healthy, but not yet to the point where fractures occur with minor trauma as in osteoporosis. Weight-bearing exercise, adequate calcium (aka 1,000–1,200 mg per day) and vitamin D consumption along with smoking cessation can help you maintain and/or rebuild your bone density.
View More Pearls
ABOUT THE AUTHOR

Dr. Heather Johnson is an actively practicing gynecologist and recently retired obstetrician after delivering babies for 40 years. She is senior partner at Reiter, Hill & Johnson, an Advantia practice, with offices in Washington, DC, Chevy Chase, MD, and Falls Church, VA.